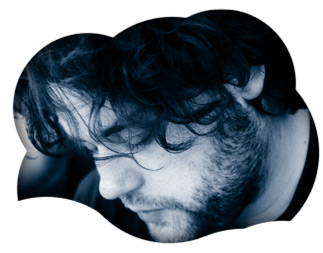 The most club swarms usually receive Sören Bodner aka Monkey Maffia as half of the DJ-duo, which for 17 years brought the most eclectic exaltations to the dancers of the world. The Wighnom-y-lotion of classy techno is History!
One is the magic number, twice – a man to a twin–sized bed is the custom. As an operator of the Freude am Tanzen/Musikkrause workshop and record store founder (Fatplastics) he loves the luminosity of the coarse and fevered dance music in every cubic centimeter of his soul. Vinyl is his daily bread, what pumps in his veins. Monkey belongs to the early 90’s as one of the tireless torch carriers whom bass drums provided the pace for his free spirit-sidekick the most club abstract. Peppered with a grotesque, lovely madness with a wink of the eye included.

Essentially he is an anarchistic selector with a sharp sense for the particular and distinguished note of a genre which has no name. Drilling through with his genre straddling style the borders of house and techno. Thereby he detected the often strict formalism of many a dance floor with a joyful stringency for surprise pickled with intensity with a dash of dramatics. Sounds seasoned as a real beat cuisine. Sometimes he seduces soft and sensitive – allowing the soul of this millennium to come on, and then he comes with a slap on the posterior.

Monkey Maffia – A real cosmopolitan with a deep love for his home, a gentleman in a bear suit, and a free thinker as opposed to a drone is known as one of the most creative distribution centers of electronic music. Explosiveness bound together with a deepness as his modus operandi. Tirelessly he spins on the controllers as if they were wheels, thereby a determined focus on the dance floor is brought forth which is then unfolded. With an ardor, the warmth can be heard as a thread through his interpreted design majesty. A richness of ideas yes, obsessive compulsive no – here the life is lived, not compelled!